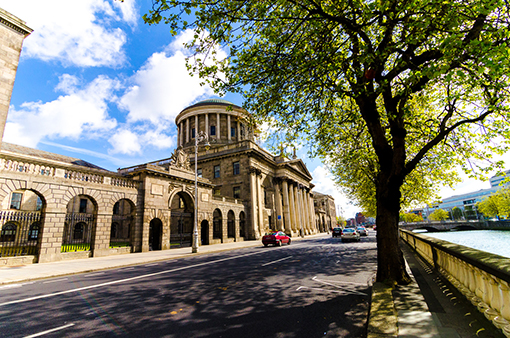 What grounds must insurers have to allege fraud in personal injury actions?

In Saleh -v- Moyvalley Meats (Ireland) Ltd, Cross J held that the plaintiff had not deliberately exaggerate his claim.  The defendant insurers sought to allege that he had. One medical expert retained by the Defendant had concluded that the plaintiff was “untruthful in relation to his disability”.

The Judge considered whether he should award aggravated or exemplary damages. Aggravated damages compensate the victim of a wrong for mental distress (or ‘injury to feelings’) in circumstances in which that injury has been caused or increased by the manner in which the defendant committed the wrong, or by the defendant’s conduct subsequent to the wrong.

According to the Law Commission REPORT ON AGGRAVATED, EXEMPLARY AND RESTITUTIONARY DAMAGES (2000) “The aim of exemplary damages is two-fold: to punish the defendant and to deter both the defendant and others from engaging in conduct that is extremely malicious or socially harmful, in Lord Devlin’s own words “to teach a wrongdoer that tort does not pay”. An exemplary damages award may also be intended to vindicate the rights of the plaintiff, or, as Lord Devlin stated to vindicate the strength of the law. It has the additional, incidental effect of providing compensation and satisfaction to the plaintiff. In the context of the Constitution, the particular purpose of exemplary damages is to vindicate and defend individual constitutional rights, to punish the defendant’s disregard of them and to deter their breach“.

In the Saleh case Judge Cross considered the test of the reasonableness of the Defendant’s approach saying “I fully accept that it is reasonable to give parties in civil litigation latitude to make their case in a robust manner. Indeed, such latitude is necessary to enable the parties to join issue on what is between them. But as I stated in Lackey, the courts must be vigilant in not allowing irresponsible or overenthusiastic invocations of such pleas. It is not new or startling to suggest that any allegation of fraud is made on peril and should not be made unless, at the very least, there is strong evidence to sustain it. The only thing that might be considered startling is that this antique rule should seemingly be forgotten“.

The Court held that the defendants conduct of the action was not irresponsible or  unreasonable.

The Court did caution that were it not for the report of the medical expert, it would have concluded that the Plaintiff was entitled to aggravated or exemplary damages.