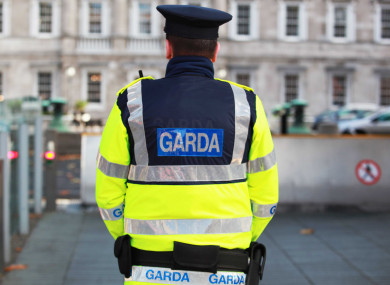 High Court Awards Garda €5,000 for Hand Injury Sustained in the Course of Duty.

This case concerned a claim by the applicant, Garda Kampff, for compensation in respect of a soft tissue injury to his hand. Counsel for the applicant relied on the Book of Quantum to urge the Court to an award of circa €21,700. Despite the Book of Quantum expressly providing that minor injuries to a hand have led to awards of up to €21,700, the High Court ruled that the award of anything even close to this magnitude could not be justified for what was, in essence “bruising to the hand” and awarded the applicant €5,000.

It is clear from the judgment of Barton J. in Murphy v. Minister for Public Expenditure and Reform [2015] IEHC 868 that in dealing with compensation claims under the Garda Compensation Acts that the High Court is not obliged to have regard to the Book of Quantum:

“For the sake of completeness, it is considered appropriate to refer to the provisions of s. 22 of the Civil Liability in Courts Act 2004 (the Act of 2004) which imposes on the Court a requirement, when assessing damages in a personal injuries action, to have regard to the Book of Quantum. Although reference to the book is sometimes made by counsel in the course of submissions on the hearing of the application under the Acts, the Court is not bound to have regard to it since, by virtue of s. 2(1) of the Act of 2004, an application for compensation under the [Garda Compensation Acts] and certain actions for damages are expressly excluded from its scope. However, there is no prohibition on the Court from doing so.”

It was concluded that in calculating damages, the court is obliged to be ‘fair’ to both parties and that any award must be ‘proportionate’ within the structure of damages for personal injury and any such award must be objectively ‘reasonable’ in light of the “common good and social conditions.”

The Wirenski case sets out that the relevance of ‘social conditions’ in the State and in particular the ‘average earnings principle’ is to be used in addition to the ‘proportionate principle’ when calculating general damages. Thus, in this case the High Court was obliged to apply both principles as well as the fairness principle which states that the final award must be fair to the injured party and the payer of the compensation. In applying these principles, the Court concluded that the appropriate figure for pain and suffering is €5,000, which is over a month’s salary based on average earnings in Ireland.

It is hoped that even if there is no reform of the Garda Compensation system, these principles of fairness, proportionality and reasonableness may assist parties who are involved in Garda Compensation and other personal injury litigation to make and accept settlement offers and thus decrease the amount of court time essential to deal with these cases, in light of the current strain on court resources.

« Second and Final Personal Injuries Commission Report Published.
Release of the Fifth Edition of the Guidelines for the Assessment of General Damages in Personal Injury Cases in Northern Ireland »