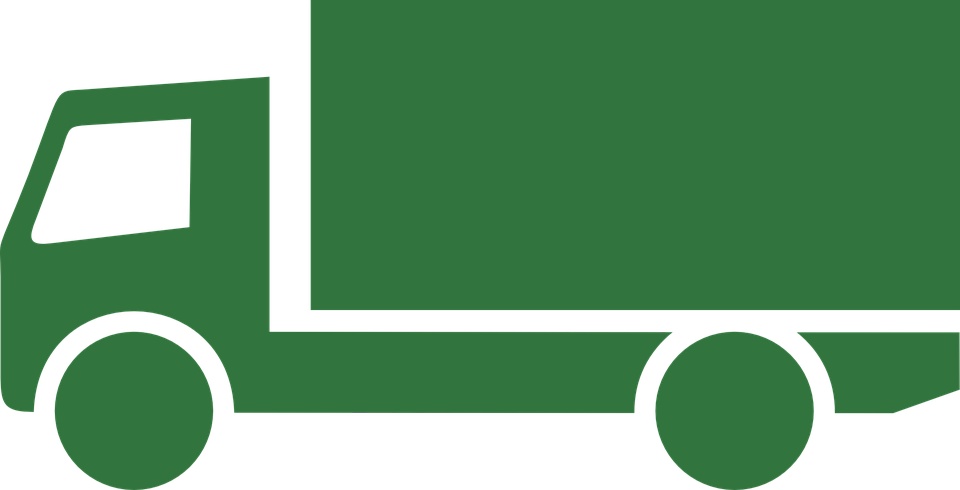 Home / News / Can a vehicle owner delivering asphalt to roadworks be exempt from prosecution for exceeding hours driven?

Home / News / Can a vehicle owner delivering asphalt to roadworks be exempt from prosecution for exceeding hours driven?

Can a vehicle owner delivering asphalt to roadworks be exempt from prosecution for exceeding hours driven?

A consultative case stated by Judge Patrick Durcan of Ennis District Court sought clarification from the High Court on whether exemptions that applied to vehicles involved in road maintenance and control applied in the instant case where the owner of the vehicle was prosecuted for allowing a driver of a haulage vehicle to exceed permitted hours of driving without a break.

The accused was charged with two offences as follows:-

(a) That you did on the 29th day of August, 2012 being the operator and owner of a motor vehicle registration number 07TN1545 and the employer of Alan Hayes, the driver of the said vehicle did cause or purport to authorise the said driver to contravene the provisions of Article 6(1) of Council Regulation (EC) No. 561/06 of the 15th of May, 2006 in that the day driving period was exceeded.

(b) That you did on the 29th day of August, 2012 being the operator and owner of a motor vehicle registration number 07TN1545 and the employer of Alan Hayes, the driver of the said vehicle did cause or purport to authorise the said driver to fail to take an uninterrupted break of at least forty-five minutes after four and half hours driving in contravention of Article 7 of Council Regulation (EC) No. 561/06 of the 15th of May, 2006.

The facts were that the vehicle in issue was stopped by Ennis Traffic Corps  29th August, 2012 during a road side check point.  On approaching the stationary vehicle the prosecutor examined the tachograph record and interviewed the driver. The tachograph recorded that the driver had driven for eleven hours and twenty-three minutes covering a distance of 697km up to the point where he was stopped at the road side check point. The evidence indicated that the only break taken by the driver over the course of the day was for a period of thirty-one minutes from 7:26hrs to 17:57hrs.

It was accepted that when the accused’s lorry arrived at the locus of the road works, it joined a queue of vehicles which would each in turn be pushed along by a Batelli Paver machine which received asphalt from the accused’s vehicle, at a rate controlled by the Batelli Paver. The process of resurfacing was then completed by steam roller following behind after which the accused’s vehicle would return to base to pick up a further load.

The Issue to be determined

The District Judge posed the following question for the opinion of the High Court:

“Was the accused’s vehicle on the date of the alleged offence being used in connection with road maintenance so as to entitle it to avail of the exemption provided in Article 5(1)(h) of the European Communities (Road Transport) (Working Conditions and Road Safety) Regulations 2008?”

Article 6 of the Regulations provides that the daily driving time shall not exceed nine hours.

Article 7 provides that after a driving period of four and half hours, a driver shall take an uninterrupted break of not less than forty-five minutes, unless he takes a rest period.

The 2008 Regulations which transpose the 2006 Regulations into national law provide at regulation 41(2)(b) that a person commits an offence if the person causes, or purports to authorise, another person who is employed by the person, or is under the person’s control, to contravene, inter alia, articles 6 and 7. The penalty for so doing as provided by regulation 52 is on summary conviction a fine not exceeding €5,000 or imprisonment for a term not exceeding 6 months or both. Regulation 53 empowers the prosecutor to prosecute offences under the Regulations.

Article 5(1)(h) provides, inter alia, that certain categories of vehicles are exempted from articles 6 and 7.

These include a vehicle used in connection with road maintenance and control.

The issue was whether, on the agreed facts, the vehicle in question was being used in connection with road maintenance and control. Regulation 5 constitutes an exemption from the operation of the 2006 Regulations and section 53(3) provides that in proceedings for an offence under the 2008 Regulations, it is to be presumed until the contrary is proved that none of the exemptions contained in Regulation 5 apply. Therefore the onus of establishing the exemption rested on the accused.

Mr Justice Noonan noted that a similar issue was considered by the European Court of Justice in Karuse AS v. Politsei-ja Piirivalveamet (C-222 12 A 13th March, 2014). This was a reference from the Estonian Courts. The facts were that during a roadside inspection, the relevant authority stopped a lorry owned by Karuse which was carrying a load of gravel to a road maintenance works site. The regulatory breach complained of in that case was not the hours of driving, but rather the failure to have the lorry equipped with a tachograph. Karuse pleaded that it was entitled to the exemption. In the course of the judgment, the Court said:-

“Firstly, as regards whether the transport at issue in the main proceedings was exclusive, it is apparent from the file that, in the main proceedings, the gravel was intended solely for use in road maintenance works. It follows that that transport was carried out wholly and exclusively in connection with road maintenance, within the meaning of article 13(1)(h) of Regulation No. 561/2006.

Secondly, as regards whether the transport at issue was not ancillary to the road maintenance works, the view must be taken, for that to be the case, that the vehicle concerned must be used directly to spread the gravel on the damaged sections of the roads... However, the mere transport of gravel intended for use in road maintenance works cannot be regarded as being covered by the derogation laid down in article 13(1)(h) of Regulation No. 561/2006.”

The ECJ, following its earlier decision in British Gas, held that the exemption could only apply to vehicles used wholly and exclusively in connection with road maintenance and control and not to vehicles used wholly or partly for that purpose. The prosecutor submitted to the Irish High Court in this case, the primary use of the vehicle was for road transport and the actual laying of the tarmac was merely ancillary to that purpose.

The ECJ in Karuse continued:-

“In addition, although Regulation No. 561/2006 does not provide that the vehicles used for road maintenance and monitoring must be used only near to the road maintenance work site in order to benefit from the deregulation laid down in article 13(1)(h) of that Regulation, that is nonetheless a factor which must be taken into consideration for the purposes of assessing the ancillary nature of the transport as regards those works (see by analogy Morzek and Jager paragraph 12).

Vehicles which travel for a short period of time and over a limited distance may be exempted from the obligation to be equipped with a tachograph without that undermining the objectives of Regulation No. 561/2006 as regards the improvement of working conditions and road safety.

However, an extension of the deregulation provided for in article 13(1)(h) of that Regulation to vehicles which travel over a long distance would have the effect that the drivers of such vehicles maybe induced to drive long hours without a rest, which would be likely to undermine those objectives (see comment to that effect, Seeger, paragraph 36) …

Consequently, it is for the referring court, taking into account all the factors in the dispute before it and the above mentioned considerations concerning the geographical and climatic conditions prevailing in the region in question, to assess whether the journey of the vehicle at issue meets the requirement of limited distance and short period of time in order that the transport in question does not undermine the objectives pursued by Regulation No. 561/2006.”

The application of the law

Noonan J noted that  in Karuse, as in British Gas, the court came to the conclusion that the exemption contended for could be justified in certain circumstances where the relevant vehicle was travelling a limited distance and for a short period of time. The purpose underlying the regulation would otherwise be frustrated.

The Judge noted that in this case stated the facts were somewhat different holding:-

“The “limited distance” requirement can have no bearing in the present case where the regulations themselves impose no limit as to the distance which may be driven. All that is relevant is the period of time which under article 6 may be up to ten hours provided a break is taken after four and half, as per article 7. Neither of these periods could be reasonably described as being of short duration. Consequently, it seems to me that the caveat stipulated in Karuse must be approached with some caution as it is difficult to see how it could logically be applied to the facts of this particular case.

It seems to me that applying Karuse to the facts of the present case, it is clear that the accused’s vehicle was being used in connection with road maintenance and control at all material times. Whether the actual transportation formed the greater or lesser part of the time seems to me to be largely irrelevant. For example, the regulation does not provide that the vehicle must be “primarily” or “principally” used in connection with road maintenance and control. It either is or it is not. In this case it clearly was”.

The prosecutor had argued that the jurisprudence of the ECJ establishes that derogations or exemptions are to be strictly construed so as to not to frustrate the purpose underlying the particular regulation, and in this case if the exemption applied it would have that effect given the length of time spent driving and the distance driven. Mr Justice Noonan reiterated that the distance was immaterial because there could be no complaint about it if it was driven within two consecutive four and half hour periods. What remained therefore is the time duration.

The Court noted the duty of the prosecution in a criminal law case saying “one cannot lose sight of the fact that this is a criminal prosecution and if there is ambiguity in the relevant provision relied upon by the prosecutor, any such ambiguity must be construed in favour of the accused. There are many cases in which penal statutes have been found to be unconstitutional on the grounds of vagueness and uncertainty – see for example Dokie v DPP [2010] IEHC 110 and the judgment of Hogan J. in Douglas v DPP [2013] IEHC 343.

As the exemption applies in this case, the question then becomes at what point past four and half hours does the exemption cease to apply? Does it apply at five hours, six hours, seven hours and so forth? And more importantly, how can an accused person know when he is breaking the law? If the legislature wishes to render particular conduct penal, it must do so with sufficient particularity to enable every citizen to know what he is and is not lawfully permitted to do. It would for example be perfectly open to the legislature to say that where the exemption applies, the time periods specified may be increased to identified limits. They have not done so”.

The Court found that the exemption did apply.

“In those circumstances I am satisfied that the exemption applies to the accused in this case and I propose answering the question posed by the learned district judge in the affirmative”.

Below is a link to the Judgment