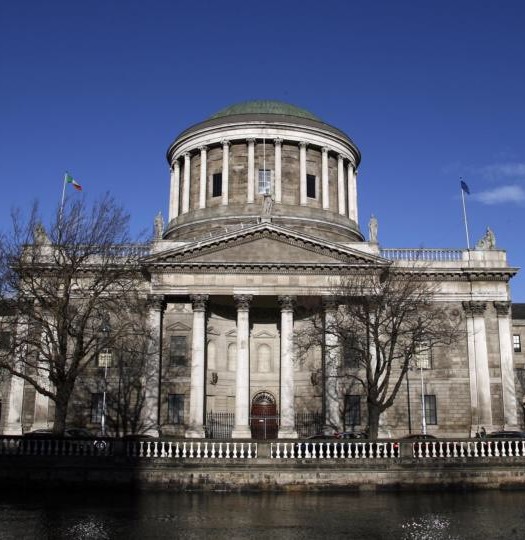 Damages can only be fair and just if they are proportionate

Earlier we highlighted the Court of Appeal’s first decision in a personal injury assessment of damages case. You can read the piece here. In that case the court reduced the award of Cross J. The decision was a welcome relief for insurers who may have been concerned at a perceived rise in damages in personal injury actions driven by some High Court Judges.

In delivering the judgement Irvine J said “Principle and authority require that awards of damages should be (i) fair to the plaintiff and the defendant; (ii) objectively reasonable in light of the common good and social conditions in the State; and (iii) proportionate within the scheme of awards for personal injuries generally. This usually means locating the seriousness of the case at an appropriate point somewhere on a scale which includes everything from the most minor to the most serious injuries“.

Referring to the limits of awards in personal Injury cases the Judge said “It can however generally be said that insofar as cases which involve catastrophic or life changing injury have come before the Courts in recent years, the level of general damages awarded in respect of injuries of this type has generally been somewhere in or around €450,000 . That is not to say that €450,000 is a maximum. There has been the rare case in which a sum in excess of that figure has been awarded……..Moving back to the present case, the essential point is that it is reasonable to seek to measure general damages by reference to a notional scale terminating at approximately the current maximum award endorsed by the Supreme Court which is in or about €450,000. That is the figure generally accepted by senior practitioners and judges alike as the appropriate level for compensation for pain and suffering in cases of extreme or catastrophic injury”.

The Court referred to the judgement of Denham J in the case of M.N v S.M saying “damages can only be fair and just if they are proportionate not only to the injuries sustained by that plaintiff but also proportionate when assessed against the level of the damages commonly awarded to other plaintiffs who have sustained injuries which are of a significantly greater or lesser magnitude. As she stated at para. 44 of her judgement “there must be a rational relationship between awards of damages in personal injuries cases.” Thus it is important that minor injuries attract appropriately modest damages, middling injuries moderate damages and more severe injuries damages of a level which are clearly distinguishable in terms of quantum from those that fall into the other lesser categories. In this regard, just because a judge describes an injury as significant this does not mean that the damages must be substantial. Any injury to an otherwise healthy individual is significant. However, when it comes to assessing damages, what is important is how significant the injury concerned is when viewed within the whole spectrum of potential injuries“.

In the case at hand the plaintiff’s credibility was very much in question. She had withdrawn a €350,000 care claim on the morning of the hearing, and despite the fact that the plaintiff claimed that she could not raise her arm beyond a certain point, video evidence presented by the defendant showed that she was able to. The trial judge had found the plaintiff to be a credible witness. The Court of Appeal took a somewhat different view to that of the trial judge. Nevertheless the Court did accept the position reached by the trial judge, although not without comment.

” In my view, the proper approach in this case is to accept that the trial judge was satisfied as to the general credibility of the plaintiff and to examine the award of damages against the background of the medical reports but making allowance for the clear evidence that was demonstrated as mentioned above. I do not think that this court should independently make allowance for a diminution of the plaintiff’s credibility generally, notwithstanding my view that the trial judge should have embarked on that consideration. I confess that I am uneasy not only about the video evidence but also because of the withdrawal on the morning of the hearing of a very large capital claim for past and future care. However, in deference to the judge’s superior position as to the plaintiff’s evidence, I would merely engage in a correction exercise as to the particular findings that the judge made and then consider the damages award in that light….My approach accordingly is to accept the trial judge’s general evaluation of the plaintiff at its height and to see whether his award of damages was on that basis wholly disproportionate, as the defendant submits”.

The Court of Appeal found that the trial judge erred in finding that the Plaintiff could not move her arm beyond a certain point, in light of the video evidence, and that he had erred in finding that at the time of the trial the plaintiff was still taking medication for her injuries. The plaintiff had accepted in cross examination that the medication that she was taking was the same as immediately prior to the accident. The Appellate Court took into consideration the fact that the collision itself was not a violent one and that there was modest damage to the Plaintiff’s car. The Plaintiff was not hospitalised and did not require immediate medical attention. The plaintiff had returned to pre accident levels of medication.

The Court of Appeal did note that that the plaintiff had undertaken approximately sixty sessions of physiotherapy and that her right shoulder had been manipulated under general anaesthetic and the affected area injected and that she had had a further subacromial injection. Further the plaintiff underwent an arthroscopic subacromial decompression and rotator cuff repair. It was accepted that she would continue to have reduced internal rotation but this was not expected to interfere with her day to day activities. Such a restriction was usually only relevant in the context of sporting activity.

The Court of Appeal reduced the award at first instance saying “The trial judge accepted that the plaintiff had suffered a significant injury and awarded her a total sum of €120,000 in respect of pain and suffering (€90,000 to date and €30,000 into the future). In all the circumstances that sum was wholly disproportionate to her injuries. Although they might have been characterised as significant in so far as they reflected a departure from the state of health which she had enjoyed prior to the accident, they are undoubtedly at the lower end of the scale ranging from the minor to the most severe. For my part I am satisfied that the award was disproportionate and excessive to the point that it should be set aside….To conclude, this is a case concerning injuries which can at best be described as relatively modest when considered in the context of the entire spectrum of personal injury claims. Adopting the approach set out above and thus giving all credit to the plaintiff for the credibility finding in her favour, the reasonable and proper award is in my judgment €50,000 in respect of pain and suffering to date and a sum of €15,000 in respect of pain and suffering into the future”